In general, mild anemia during pregnancy does not affect the fetus, but if the anemia is severe, it may have a huge impact on the fetus and the pregnant woman itself. The effect of pregnant women with moderate anemia on the fetus is mainly reflected in the following chain reactions: If the anemia is severe in pregnant women, the oxygen carrying capacity of the blood in the body is lower than that of normal pregnant women, which may lead to hypoxia in the placenta. Placental hypoxia can cause degeneration and infarction of the placental villi, and may eventually cause the fetus to suffocate in the uterus, which may also lead to premature birth or even stillbirth. 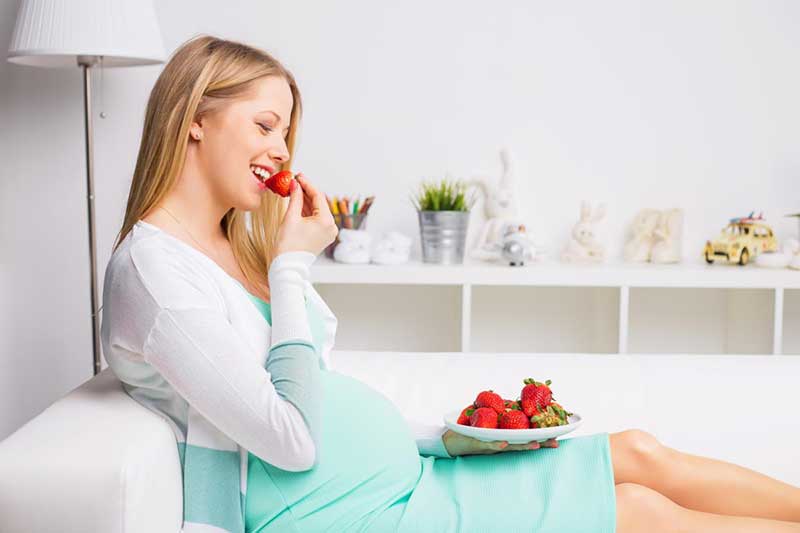 Therefore, we must not ignore the problem of anemia during pregnancy. Once the pregnant mother has fatigue, fatigue, dizziness, tinnitus, loss of appetite, inability to concentrate, etc., it is necessary to consider whether there is anemia.

For the anemia of pregnancy, we encourage more of our expectant mothers to prevent in advance. Emphasis on iron intake from the diet of the weekdays. So what should be done specifically?

Pre-pregnancy and early pregnancy should begin to pay attention to eat more iron-rich foods. Such as lean meat, eggs, animal liver, red dates, fungus and so on. The liver suggests that it can be arranged once or twice a week to have a good effect on preventing iron deficiency.

Choose foods with high levels of vitamin C. Such as kiwi, tomato, thorn pear, jujube, green pepper and other fruits and vegetables. Vitamin C can promote the absorption of iron in the intestines. Green pepper fried meat or liver is a good choice, lean meat and liver are rich in iron, green pepper is rich in vitamin C, the two complement each other.

3. Eat more foods rich in folic acid and vitamin B

Folic acid is added from 3 months before pregnancy until 3 months after pregnancy. Pay attention to foods rich in folic acid and vitamin B, such as liver, kidney, green leafy vegetables, coarse grains, nuts, etc. Also, be careful not to overheat when cooking, nor to cook for too long.

The tannic acid in tea and the polyphenols in coffee can form iron salts which are difficult to dissolve with iron and inhibit iron absorption.

Anutric Mama formula / goat milk powder is rich in mineral elements such as iron, calcium and zinc for pregnant women. Helps prevent and improve the lack of trace elements in pregnant mothers during pregnancy. In addition, Anutric Mama's milk powder contains dozens of fruit and vegetable extracts that not only promote the absorption of iron, but also supplement a certain amount of vitamins and dietary fiber. Adapt to the mother's metabolism, prevent pregnant mothers from having poor digestive problems. Pregnancy anemia prevention is greater than treatment, iron supplement prevention from now on, Anutric _ mother love choice!

Thank you for your attention to the Nuith Parenting Knowledge Lecture Hall. Let's see you next time!

Previous article:
Baby flatulence how to do?
Is the milk powder easy to dissolve and represents good quality?
Next article:

Eat like this during pregnancy! Babies are healthy, mothers are not fat

How do hot working mothers have good pregnant spirit?